Manhattan divorce lawyer Juan Luciano (https://divorcelawfirmnyc.com/am-i-entitled-to-an-annulment-in-new-york-if-my-marriage-has-not-been-consummated/) releases a new article explaining whether it is possible to get an annulment if the marriage was not consummated. The lawyer mentions that in the context of family law and marriage, the first sexual act after the marriage is referred to as consummating the marriage. It may be relevant in some other states but in New York, there is no legal requirement for a couple to consummate their marriage to make it valid.

“There are two different types of annulments in New York. One, void marriage is where the marriage was not valid in the first place. The other, a voidable marriage, erases a legally valid marriage. In both cases, it is as if the marriage never existed, and both partners can consider themselves never legally married,” says the Manhattan divorce lawyer. 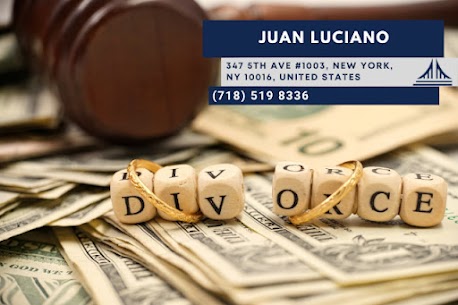 The lawyer mentions that from a legal perspective, an annulment is a procedure that effectively cancels a marriage. A divorce, on the other hand, ends a valid marriage. A void marriage means that the marriage was never legal in New York and is automatically void under state laws. In order for a marriage to be annulled, there are requirements that need to be met.

Attorney Juan Luciano adds that there are five grounds for annulment in New York. These grounds include that one party was under the age of 18 at the time of the marriage, that one spouse is not able to consent to marriage because of mental incapacity, that one spouse suffered from an incurable mental illness for a period of five years, that the marriage consent was obtained through coercion, force, duress, or fraud, and that one spouse lacked the physical capacity to consummate the marriage.

According to the divorce lawyer, “Even though an annulment basically erases a marriage, there are still legal obligations and responsibilities that both spouses have to their children and each other. Children born of an annulled marriage are still considered legitimate in the eyes of the law and both parents are still legally responsible for their physical, emotional, and financial care. Consequently, the court may impose custody, support, and parenting time requirements.”

Lastly, the lawyer emphasizes how important it is to seek the help of an experienced family law attorney when dealing with matters such as divorce or annulment. A skilled family law attorney may be able to help the client understand their rights and responsibilities and also guide them on what their next steps should be.

About Juan Luciano Divorce Lawyer
Juan Luciano has spent his career in the complex legal world of family law. He has earned a reputation for excellence at the negotiation table as well as when in court. He is also fluent in Spanish. Contact us today at (212) 537-5859 to set up an appointment for a consultation with Brooklyn family law attorney Juan Luciano.