Gaia is a yoga, meditation, and lifestyle streaming service that has become very popular in the past couple of years. In their recent article, IMHO Reviews talk about Gaia's latest updates and new features. 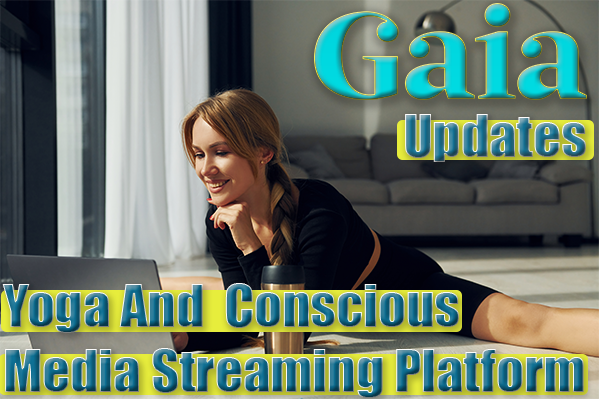 "During the pandemic, Gaia has seen a 27% increase in revenues in 2020 and a 17% year-over-year growth in 2021. It gained over 150,000 new members, and at the moment the company has over 800,000 paying members. This year the platform has become more popular than ever. More and more people are interested in online yoga and meditation classes and looking for ways to expand their consciousness. I believe that Gaia is a perfect place for that," said the owner of IMHO Reviews, Vitaliy Lano.

The article talks about Gaia's acquisition of one of the leading online yoga platforms called Yoga International Inc. In December 2021 Gaia announced that they acquired the platform for $18.5 million. This acquisition is expected to help Gaia not only add relevant content to the platform but also grow internationally and increase the number of subscribers. Gaia will add more than 4,000 hours of Yoga International's video content to their library which is great news for 250,000 members who practice yoga on Gaia. Both Gaia and Yoga International share the same philosophy and view yoga not just as a physical exercise.

IMHO Reviews article discusses some of Gaia's new features, such as the Share feature that allows members to share any video in the library with non-members. There is no limit on how many videos a member can share via social media or email, and each video will be available for 72 hours after the person clicks on it. The majority of videos on Gaia can be shared. Another feature that is mentioned in the article is the Multiple Profiles feature. It enables members to create up to two additional profiles per subscription and share them with their friends or family members. "A lot of exciting things are happening to Gaia right now. Just recently the company announced the launch of their new Ambassador Program Partnership with Grammy-nominated singer and actor, Demi Lovato. Although Gaia has over 150 ambassadors all over the world, this will be their first partnership with a celebrity," said Vitaliy.

Lovato said that they have been a fan of Gaia for a while, and noted that "Understanding the world around us, both known and unknown, and diving deeper into areas that expand our consciousness is exciting to me and I am honored to be able to be a part of a community of people who want to do the same."

According to IMHO Reviews twitter, Gaia is a one-of-a-kind subscription-based online learning platform, that focuses on topics like alternative healing, spiritual growth, personal development, expanded consciousness, ancient teachings, and secrets & coverups. The library consists of over 8,000 films, documentaries, yoga and meditation classes, and series. Gaia's subscription costs $9.99 per month and includes access to the whole library.

Gaia is constantly growing and adding new content to the platform. Earlier this year, Gaia announced the premiere of the second season of their Psychedelica series, which explores the origins of different psychedelic plants and substances, and the third season of Initiation series, which focus on the origin of Greek and Egyptian deities and Atlantean civilization. They also recently premiered a highly-anticipated documentary called Transcendence 2 - Live Life Beyond the Ordinary, which consists of 5 episodes and features interviews with world-famous experts such as Reverend Michael Beckwith, Vishen Lakhiani, Anthony William (aka the Medical Medium), Bradley Nelson, Shelly Lefkoe, Dave Asprey, Dawson Church, Sadhvi Bhagawatiji, and others. These docu-series explore the topics of stress, emotional healing, happiness, plant-based medicine, mind-body science, and fulfillment.

For more information about IMHO Reviews, contact the company here:

Own a home in Mammoth Lakes and Want to Airbnb it? Make Sure it's TOT Compliant Before going Live

Enter the Metaverse: ArtWallStreet brings NFTs to the people

AccoinGreen is on track to revolutionise the payment sector, and build a more sustainable world