Florida divorce lawyer Russell Knight releases a new article (https://divorceattorneynaplesfl.com/in-florida-can-i-sue-the-person-who-stole-my-husband-or-wife-from-me/) explaining whether filing a lawsuit against an ex-spouse’s new partner is possible under Florida law. The attorney mentions that before 1945, Florida law had provisions that allowed individuals to sue a third party for a dissolution of a marriage.

Alienation of affection was a suit that could be filed alleging that marriage would still be intact if not for the actions of a third party. Sleeping with a married individual was also criminalized. According to Florida divorce lawyer Russell Knight, people also filed lawsuits against their partner’s seductor/seductress claiming that the seduction caused a breach of a fidelity contract between the married couple. 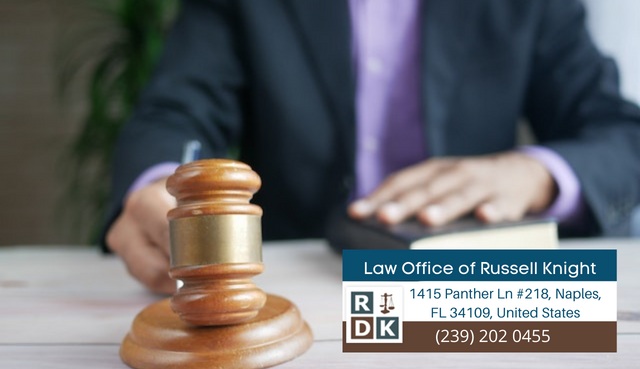 Due to controversies caused by the law, the Florida legislature abolished the law allowing ex-spouses to seek damages for alienation of affection, breach of contract, and seduction in 1945. Attorney Knight clarifies that there is still a way for ex-spouses to file a suit against the third party in their marriage. This involves filing a lawsuit for “intentional infliction of emotional distress”.

However, filing such a lawsuit is complicated according to the Florida divorce lawyer. “Having an affair with a married man or woman is an unpleasant notion at best but in the current year, it would be hard to characterize that behavior as utterly intolerable. Our society no longer shuns adulterers (it if ever did).”

Attorney Russell Knight emphasizes that adultery is still a large factor in a divorce case. Any finances spent by a spouse on their lover can constitute dissipation of assets. “That is if your husband spent $10,000 on his mistress during the marriage, it will be assumed that $10,000 of the marital state is now dissipated and that whatever is left of the marital estate should be divided as though the $10,000 was still there and the husband’s share had already been awarded. So, in this scenario, if there was $100,000 left in the marital estate at the time of divorce, the wife would receive $55,000 and the husband would $45,000.

On the other hand, any money spent by an ex-spouse’s new partner on the ex-spouse can be considered a source of income and may affect any award of alimony they may receive.

Lastly, attorney Knight emphasizes the importance of seeking the guidance of a qualified Florida divorce attorney. An attorney can provide skilled legal advice that can help in navigating the adjustment period of a divorce.

The Law Office of Russell Knight was established in 2009 by the divorce attorney Russell D. Knight. The lawyer’s love for family law is demonstrated by the numerous articles personally written by the lawyer. Russell is a licensed lawyer throughout Florida and Illinois. The attorney has a legal practice in both states and employs an entire staff of paralegals and attorneys in the two states of Chicago, Illinois, and Naples, Florida. Contact them today at (239) 202-0455.

Maryland Roofing Contractor Has Been Listed On Porch

McHenry Roofing Gets Listed on Porch

Hacks To Save Money On Family Holidays by Australian Business Weekly