El Segundo, CA based Disabled Veteran Empowerment Network (DVEN) is pleased to share the news that The American Legion and Chip Ganassi Racing have teamed up to raise awareness of veteran suicide, using motorsport as a catalyst. More information about this collaboration can be found at the following link: https://www.legion.org/48/252666/american-legion-chip-ganassi-racing-announce-effort-address-reduce-veteran-suicide/

As part of this collaboration, Tony Kanaan drove The American Legion 48 Honda for Chip Ganassi Racing in the Indianapolis 500 held on May 30. However, the Indianapolis Motor Speedway only served as the backdrop for raising awareness of the large issue at hand that Tony Kanaan, the American Legion and Chip Ganassi Racing wanted to help address: veteran suicide. They also made a new commercial that features the seven time NASCAR series champion Jimmie Johnson sharing information about the assistance that The American Legion provides veterans and the measures they take to help prevent veteran suicide. 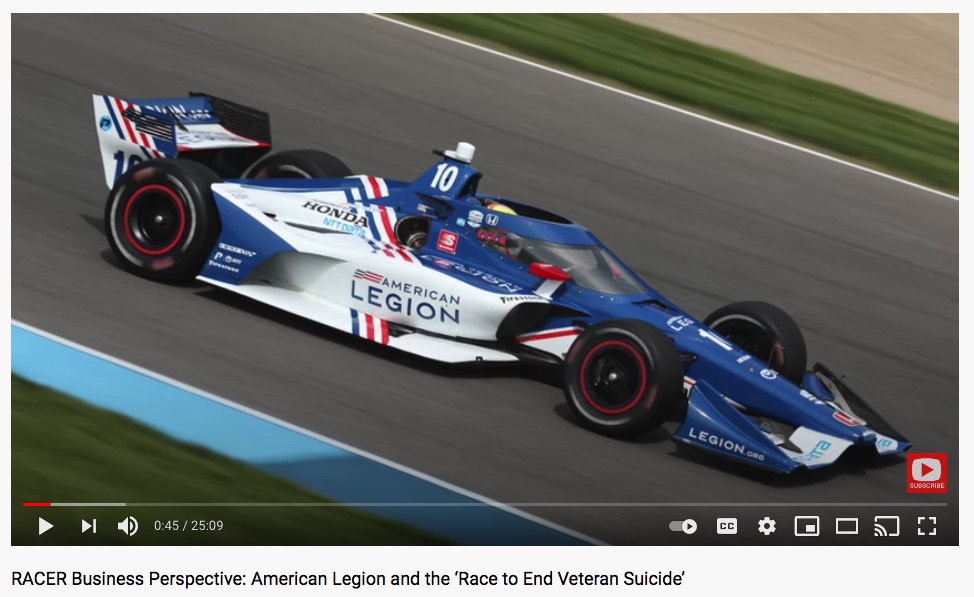 DVEN is also taking part in the efforts being taken to raise veteran suicide awareness. They have their own car that competes on the amateur motorsports circuit to raise awareness for veteran suicide. Their car usually competed in SCCA autocross and time trial events in California. However, DVEN will be expanding to the East Coast through supporting VetsRally4Vets, an amateur event that will take place at Summit Point Raceway on October 10, 2021. More information about the event can be found here: https://vetsrally4vets.com/.

Robert Hess encourages amateur drivers to join VetsRally4Vets, saying, "Amateur drivers can be part of our TrackCross event at Summit Point this October.”

To gain some understanding into just how many veterans are suffering, those interested can take a look at the statistics released by the Department of Veterans Affairs. According to these statistics, the general US population has around 22 million veterans. Out of these 22 million veterans, 7.2 million come from the Vietnam war. An increase in the number of veterans from recent wars in Iraq and Afghanistan is also expected. Around 30% of the new veterans and around 16% of older veterans suffer from a service-related disability while roughly 8% of new veterans and 7% of older veterans are living in poverty. These numbers show that the veteran population needs assistance.

Robert Hess also created the Prostate Cancer Awareness Project, a 501 c3 non-profit charity tasked with assisting veterans (who suffer from prostate cancer) in discovering their cancers while they are still in a treatable stage. The Prostate Cancer Awareness Project eventually grew to become The Cancer Journeys Foundation in 2016. The Cancer Journeys Foundation is a 501 c3 non-profit charity that provides support for veterans that suffer from any kind of cancer. In 2019, the DVEN program was created to assist veterans by providing focus on the disabled veteran population.

Those who wish to learn more about DVEN and what they are doing for disabled veterans can do so by heading over to their website. More information about their participation in the upcoming VetsRally4Vets event can also be found here: https://dven.org/american-legion-and-chip-ganassi-racing-team-up-to-end-veteran-suicide/.

For more information about DVEN, contact the company here: