Santa Cruz, CA-based Method Seven is one of the most unique eyewear companies most people will ever come across. The company has brought together scientists, engineers, and problem-solvers who work together to develop effective, stylish, and purpose-specific sunglasses. It’s this mastery of specific spectrums of visible light that has led Method Seven (M7) to create its latest line of sunglasses which the company calls its ‘Ultra Trail eyewear’. Now to celebrate this new eyewear series, M7 has brought on board 3 different types of trail runners that have running styles that are as unique as the new eyewear collection they will now represent.

James Cox, the CEO of Method Seven, went on to introduce the three widely popular runners who have now become part of the company’s M7 Beta Team. The first is Avery Collins. A man that has the distinction of being a runner that dares to defy more traditional modes when it comes to training and running. This is because Avery runs high. That is, he uses marijuana as part of his regular training regimen. This runner has long suggested that the use of medical marijuana is an integral part of who he is as a runner. A point that may be hard to argue given that he has stunned his fellow ultra-runners with a decade’s worth of podium finishes in events. These are highlighted by wins in such runner’s events as the Cloudsplitter 100, HURT 100, Fat Dog 120, Colorado 200, and Ouray 100 to go along with very respectable finishes in such world-class runners events as the Western States 100, Tor Des Geants 200, Grand Raid, and UTMB – CCC. 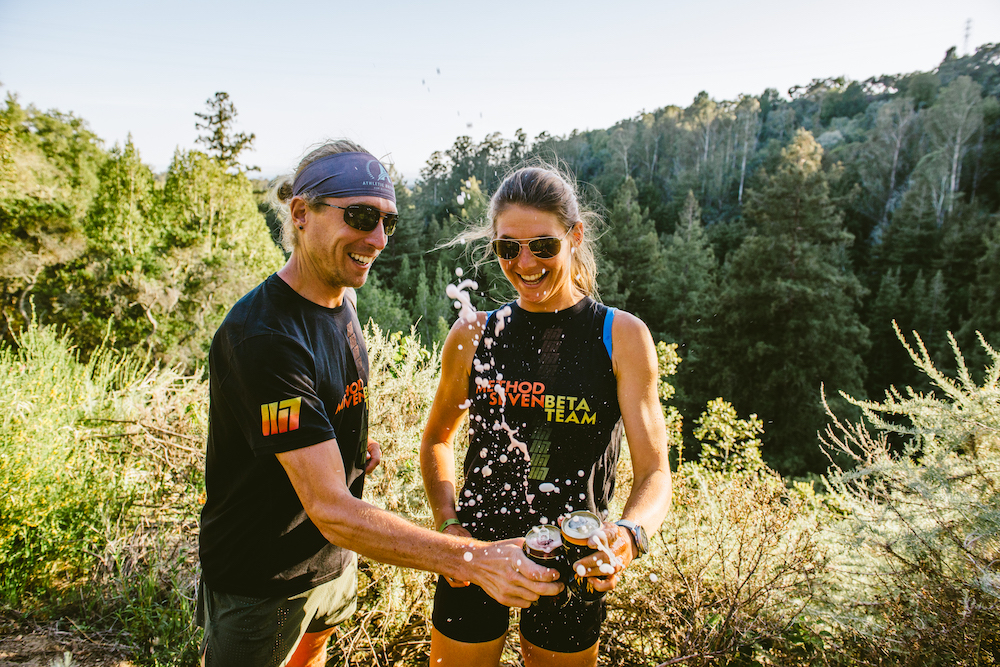 Also repping the new ultra runner sunglasses line is Dean Karnazes. A man who is long considered to be the Godfather of ultra-running and the best-selling author of Ultramarathon Man. He is best known for running 50 marathons, in all 50 US states, in 50 consecutive days. Dean has continually tested the limits of human endurance and was even named by TIME magazine on their ‘100 Most Influential People in the World’ list.

Ultra-trail runner Cat Bradley completes the trifecta of accomplished trail runners that will rep M7’s Ultra Trail eyewear. Career highlights include 2017 a win at the prestigious Western States 100; 6th place and the first American at the 2018 UTMB, a remarkable 50k PR time of 3:25, and she is known to be the first woman to run the ‘Rim-to-Rim-to-Rim’ in under eight hours.

The company CEO then went on to discuss some of the specific sunglasses that make up the Ultra Trail collection. It starts with what they call their Huntress Trail26 sunglasses. A piece of eyewear that was directly inspired by Cat Bradley, who also carries the title of Method Seven’s Ultra Trail Brand Manager. These are glasses that are designed to render trails and their accompanying roots and rocks more visible even under low light conditions. They are crafted using ultra-lightweight Japanese titanium and have sleek and durable polycarbonate lenses that allow for 26% VLT.

Another Ultra Trail sunglass model that is already proving to be very popular is the Closer Trail26. It too is crafted from ultra-lightweight Japanese titanium and made using the company's signature polycarbonate lenses. It is known to help a trail runner have a crisper, clearer visual experience with less eye and brain fatigue even after several hours on the trail. He added that those who have purchased these ultra-running sunglasses claim it is the perfect choice for running both exposed and tree-covered trails. Cox added that they also have many other types of sunglasses available that are made for specific purposes. This includes their full line of aviator, growers, polarized, and prescription eyewear options.

He stated that those interested in learning more about their Cat Bradley sunglasses or the other eyewear options they offer can refer to the company website. There, each sunglass model that they sell is gone over in more detail and displayed in several high-resolution photos.

For more information about Method Seven, contact the company here: